Blog - Latest News
You are here: Home / Latest News / BORN OUT OF FRUSTRATION – THE WALL-E DOPPELGANGER 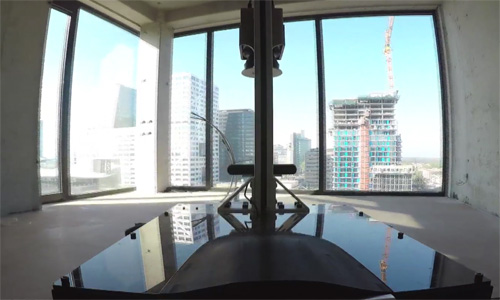 Approximately 20% of construction costs are wrapped up in fixing errors. Barcelona-based Scaled Robotics wants to minimize the rework by automating progress monitoring with autonomous mobile robots.

Leveraging lidar and autonomous vehicle technology (similar to what’s used by Google cars to map the world), Scaled Robotics built a WALL-E doppelgänger to navigate and build maps of construction sites by fusing images, video and data captured by its robots.

The company was born out of frustration, “of not having the tools to build what we designed in the office,” says co-founder Stuart Maggs, whose background is in construction and architecture. “You spend a lot of time in the office, creating this vision of what you wanted, that you thought was right, but ultimately, it came down to a guy in the field with just a tape measure and a piece of chalk that will put things pretty much however he felt on that day.” 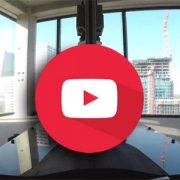 Their robots have been deployed in various construction sites around the world, including Dura Vermeer in the Netherlands and Kier in the U.K. Maggs says he found it surprisingly easy to convince the construction industry of the robot’s value — arguing there’s a real need for what it delivers: High-resolution comparison of the digital model to the on-the-ground build site that helps build managers keep close track of progress and spot problems before they can scale into costly expenses. The bot is a multifaceted tool for efficiency, he adds.

In the beginning, workers on site were a bit hesitant, but after numerous jokes and picture-taking, Maggs, said in closing, “they just accept it as another tool on the construction site.”

Britlift: Carving a path into offsite
Scroll to top