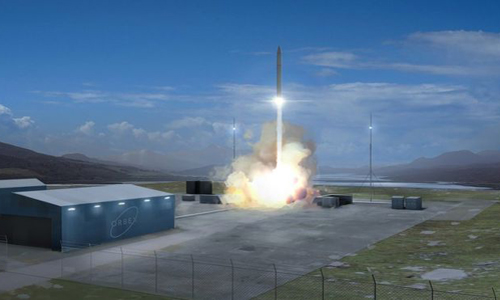 Construction on a low-cost vertical spaceport in the north of Scotland may commence within a year, pending the approval of a planning application by a local authority.

The spaceport, to be called the Space Hub Sutherland, would be built at A’Mhoine on the Moine Peninsula in the county of Sutherland, a few miles from Scotland’s Atlantic coast. This facility would enable vertical rockets to launch small satellites into low Earth polar and sun-synchronous orbits.

In early August, the Highlands and Islands Enterprise (HIE), a local Scottish government economic and community development agency, signed a 75-year option to lease the land where the spaceport would be built.

The development, which would cost $20.7 million, received $3 million of funding from the U.K. Space Agency in July of 2018.

“We hope to get planning consent in early 2020 and start construction soon after that,” Roy Kirk, Space Hub Sutherland project director at HIE, told Space.com. “If all goes well, we will see launches from Sutherland by the early 2020s.”

Earlier this year, HIE awarded a contract to architecture firm NORR Consultants to design facilities at the spaceport, including a launch-control center and the assembly and integration building.

“We believe that the vertical launch opportunity that we are developing will deliver a really cost-effective and low-cost access to space,” said Kirk. “Each launch will have a very tight price point, and we hope to achieve very short lead times for these launches.”

Lockheed Martin and the British aerospace company Orbex previously committed to launching from the Sutherland spaceport, hoping to carry out up to 10 launches per year.

Earlier this year, Orbex unveiled the second stage of the company’s innovative Prime rocket, which uses a biopropane fuel and emits 90% less carbon dioxide than conventional, hydrocarbon-fueled rockets. Biopropane is an alternative to natural gas that’s produced from waste or sustainably sourced materials like algae.

The company’s CEO, Chris Larmour, welcomed the recent lease option as an important step toward taking Britain “back to space,” he said in a press statement in an email.

Orbex aims to operate the A’Mhoine site in a “‘green’ manner and will be using a site-compatible small launch vehicle with an ultra-low-carbon biopropane fuel,” Larmour added. The environmental impact of the operations is currently being scrutinized, as the proposed site lies inside a recognized area of natural and scientific interest.

Previously, the United Kingdom developed a functioning rocket, the Black Arrow, which launched from Australia and flew only four times before being abandoned in 1971 due to the high cost of the program.

It is not clear yet what vehicle Lockheed Martin is looking to launch from the Scottish spaceport, but the company received $31 million from the U.K. Space Agency last year to develop and operate a vertical launch system from the Sutherland Space Hub. Orbex received $7 million toward its efforts.

Orbex announced a series of launch contracts for the company’s Prime rocket, including recent agreements with the Netherlands-based cubesat launch broker Innovative Space Logistics and the U.K.-based company In-Space Missions, which plans to launch its Faraday-2b demonstration satellite from Scotland in 2022.

The Space Hub Sutherland, however, is not the only anticipated spaceport in the U.K. In May, the U.K. Space Agency announced 2 million pounds sterling ($2.44 million) of funding for the development of horizontal spaceports, from which aircraft carrying small rockets, such as the Virgin Galactic LauncherOne, could take off like regular aircraft.

There are currently four sites in the U.K. — including Newquay in Cornwall, Campbeltown and Glasgow Prestwick in Scotland, and Snowdonia in Wales — looking to develop horizontal spaceports. The U.K. government hopes that these sites will not only enable small satellite launches, but also allow space tourists to take off from British soil in the future.

Cick the image to view the video of the Virgin Galatic Space Launch centre in New Mexico, designed by the UK Architects Foster and Partners 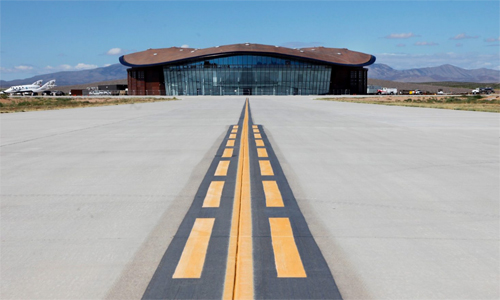 Affordable Housing, also a crisis in the USA – Modular Construction Can h...
Scroll to top