Blog - Latest News
You are here: Home / Latest News / BEWARE OF BATS IN BUILDINGS THIS HALLOWEEN 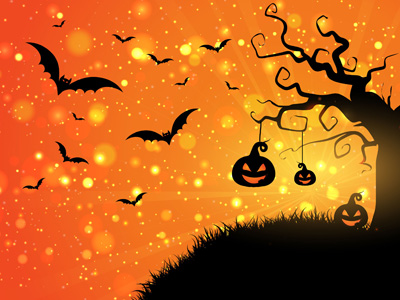 Beware of bats this Halloween as over the winter months bats hibernate to stay out of the cold weather and residential buildings, in particular, present an ideal warm roosting site for female bats to rear their young.

Leading property consultancy Galbraith reports that bats in buildings are an ever-increasing problem when it comes to undertaking renovation works.

Scotland is home to nine species of bats and all have European protection. As such, special consideration has to be given to them when undertaking building projects where bats have taken up home, as not only do bats have strong legal protection, their roosts do too.

Bats are woodland animals, but many species have come to use roosting sites in buildings as the availability of natural roosting sites in trees has fallen. They have well established traditions and tend to return to the same sites year after year. Bats use buildings such as houses, churches, bridges and schools.

Galbraith has advised a number of clients on how to deal with bats and other protected species whilst undertaking building projects, particularly in the rural sector where bats thrive. Special measures have to be implemented to adhere to ecological legislation and project design has to be carefully considered where bats have been found to be occupying a building.  Failure to comply with legislation can lead to criminal prosecutions.

In many cases a series of ecology surveys will be required to be carried out by specialist ecologists, over a period from May to August when bats are out of hibernation. Before works can commence work may need to be licenced by Scottish Natural Heritage.

James Taylor, of the Galbraith building surveying team, said: “When planning any project that creates a risk of disturbance to bats, or indeed any other protected species during their breeding cycle, it is vital to start preparations early and plan ahead.

“There are a range of measures that can be undertaken including the timing of the work to avoid the breeding season, installation of bat boxes to re-house any bats found during the work and specifying the installation of lead slates in new roofs to maintain access for bats in future.

“The use of under slate breathable membranes can be problematic where bats are present as bats can become entangled in the membrane. Therefore, the design of the roof has to be carefully considered and the introduction of alternative roof felts and roof ventilation factored in, depending on the roof structure and design.”

Ecologist, Sabina Ostalowska of Bowland Ecology, said: “We have worked with Galbraith on building projects where protected species, most commonly bats, have been found to be roosting. The understanding of wildlife legislation and responsibilities with regard to protected species is an essential component of managing projects. The awareness of bat conservation issues by property firms along with the ‘can do attitude’ not only ensures that the project is completed on time and on budget but also helps to conserve this important protected species.

“Bats are quite commonly found in houses, both new and old and it is very rare for bats to cause any damage to properties. In most cases, people don’t even know that they share the house with bats. However, maintenance and alteration work to buildings can adversely affect bats and their roosts.

“Bats and their roosts are protected by law, which means that it is illegal to disturb, kill or injure them or to damage, destroy or obstruct access to a bat roost. Having bats does not mean that work to buildings cannot take place, but expert advice will be needed on how to proceed. Early engagement with a licensed bat ecologist is essential to avoid extra delays and costs to the project.”

The Galbraith building surveying team has recently advised on:

Video of the Month from Marley Plumbing and Drainage Solutions