Blog - Latest News
You are here: Home / Latest News / How Smart is London 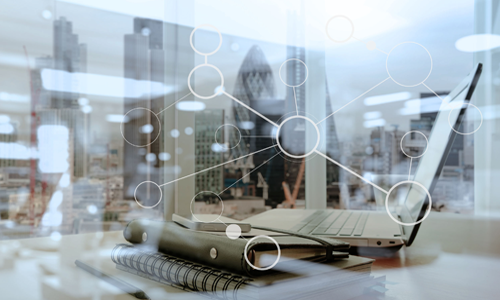 London’s reputation as a smart city is long established and well deserved. The capital leads the world in designing and implementing creative and ambitious civic innovations. ‘Tapping in’ with a contactless payment card has become second nature to thousands of Londoners every day, smart technologies and data-sharing help us improve the city’s air quality through the new Ultra Low Emissions Zone and smart districts across the city are already test-beds for connected and autonomous vehicles, aerial drones and 5G technology.

Earlier this summer, I attended a New Statesman round table sponsored by Virgin Media Business. It brought together industry and local government leaders to discuss the implications of smart city technology and look at the opportunities opened up by digital transformation initiatives across the country.

‘Smarter London Together’, launched last June by Sadiq Khan, champions a new approach to the way data and technology serve those who live, work in and visit the capital.  It represents a three-year plan to build up our common capabilities across 32 boroughs, NHS Trusts and major public bodies, linking them with London’s major universities and mobilising our world-class tech sector for civic benefit.

It’s important to remember that most of the hard work that goes in to making our city smarter for citizens is the relatively unglamorous work of digital transformation.  San Francisco’s Chief Digital Officer Carrie Bishop describes it as this: “Not the sexy work of blog posts and talks, the unsexy work of integrating with legacy systems, redesigning websites, and consolidating infinite forms.” It’s a quiet revolution and one London is at the forefront of.

Too often talk about ‘smart cities’ focuses too heavily on technology and not enough on people. Therefore, we stress the importance of citizen-led design in everything we do. This approach has enabled us to innovate in areas such as community giving and procurement in very different ways.

The Crowdfund London platform allows anyone to propose and develop an idea for a neighbourhood project, then coordinate local support, resources and funding through a public campaign. The Mayor then pledges funds to live campaigns and supports local groups to make their ideas a reality. By understanding the needs of users across communities in London we’ve been able to lend additional support to areas where social capital needs that extra bit of help.

The Mayor’s Civic Innovation Challenge offers an opportunity for start-ups to work together with leading businesses and public bodies to develop innovative solutions to the big issues facing our city: climate change, access to housing, helping those with dementia and tackling isolation among vulnerable Londoners.  To make sure proposals always have the user at their core, the Talk London Platform – an online community of over 40,00 Londoners – is used to test ideas directly and provide swift feedback.

Tackling some of London’s big challenges requires major changes in data-sharing.   Our city has long been recognised as a leader in mobilising open data for public benefit. The London Datastore enables public bodies to tackle complex urban challenges, such as poor air quality, the housing crisis and inequality. And nearly half of all Londoners regularly use travel apps such as Citymapper, made possible with live data provided by Transport for London.

With the growth of the Internet of Things, transparency around how we use people’s data is paramount. This is why London piloted a new data trust with the Open Data Institute so we can share data while safeguarding Londoners’ privacy and security and developing an approach to data ethics across all public services.

We now want to see a step-change in data-sharing, with a new Datastore acting as the central register of open and secure data, not just for insights but to support innovation to tackle congestion, access to skills and the climate crisis.

Our Connected London Programme is London’s first strategic approach to improving access to full fibre in homes.  We’ve proposed major changes to the future planning system and work with each London borough to ensure they have a joined-up approach to fixed and mobile connectivity, supported by investments from City Hall.  TfL is set to roll out 4G mobile technology on trains and there is the potential for the Tube network to act as a huge fibre spine for London, lowering the costs for investment in underserved areas of the city. This will prepare the way for 5G, as will the hundreds of thousands of public assets, like lampposts and public buildings, which could carry the technology and infrastructure to make this a reality.

Through the Mayor’s Digital Talent Programme we’re providing support to the next generation of the city’s tech pioneers by enhancing the digital skills of young women as well as Londoners from black, Asian and minority ethnic backgrounds.

Finally, one of the big barriers local government needs to address is our limited history of collaboration and sharing best practice, meaning efforts are often unnecessarily duplicated.  Existing models, such as shared services, often suffer from too much governance and are rarely scaled beyond a handful of authorities.

Working with London Councils and several forward-thinking boroughs, we launched the new London Office of Technology and Innovation (LOTI) this summer. This is a new city-wide body which will build common capability and the opportunity to collaborate and scale digital and smart technology across the capital’s public services.

By focusing on our core capabilities first, understanding what technologies support our services and encouraging stronger leadership in data and service design we’re creating a fresh approach to smart thinking that enables us to better meet the needs of our citizens.

Inviting Nature into our Cities