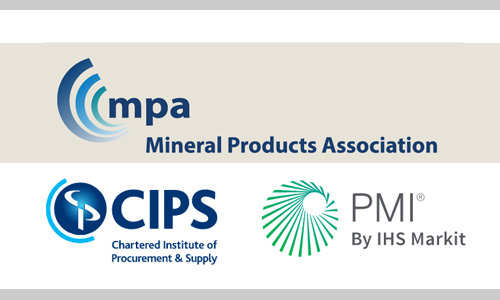 Two industry reports, published today, suggest that Brexit is not wholly responsible for the slow down in construction projects, but rather the quite reversal of louder government project announcements.

Following a broad-based weakening in the first half of 2019, construction market demand for mineral products, including aggregates, asphalt, ready-mixed concrete (RMC) and mortar, improved in 2019Q3 compared to the previous quarter. Growth in mortar sales was the strongest, up 5.2% compared to 2019Q2, followed by asphalt (4.1%), aggregates (2.7%) and RMC (1.4%).

Whilst welcome, this improvement has not been sufficient to lift the market performance for 2019 so far. In the first 9 months of the year, markets for asphalt and mortar remained broadly flat compared to the same period in 2018, while sales of aggregates and RMC declined.

The Office for National Statistics (ONS) estimates that construction output increased by 2.6% over Jan-Aug 2019 compared to the same period in 2018, with growth driven by housebuilding and new infrastructure work. Work on commercial sites, including retail and office buildings, continues to decline. Aggregates and RMC are ubiquitous to any type of construction work, and are usually used early in a construction project timeline. Hence, given the weakness of these markets, it suggests that recorded construction output reflects continuing activity on existing sites rather than new sites.  Following two years of subdued mineral products market conditions in 2017 and 2018, flat to negative sales volumes this year are precursors to a further slowdown in construction in the near term.

Despite initial expectations of work planned to pace up on Highway England’s roads programme this year, asphalt sales volumes saw a marginal decline by 0.6% over Jan-Sept 2019 compared to the same period in 2018, with falls particularly pronounced in the South West and East Midlands. The Mineral Products Association (MPA) members continue to report significant delays to the Road Investment Strategy (RIS 1) delivery. Highways England has now indicated that 37 of the 112 projects set to be carried out over 2015-20 have now either been pushed to the next Road Investment Strategy (RIS 2), covering 2020-25, or put on hold altogether for review. Of the 75 remaining projects to be delivered by the end of FY2019/20, 30 are planned to start during the current financial year, mostly in 2020Q1. Given past delivery records, the industry has little confidence in Highways England’s capability to ensure these projects are delivered as planned.

Simultaneously, the RMC market remains decisively weak and is heading for a third consecutive year of decline in 2019. Sharp declines in sales volumes continue to be recorded in both London and South East, which together account for a third of the total (GB) market. The general decline is closely tied to falling investment in commercial buildings, which have been impacted by the ever-increasing domestic uncertainty surrounding Brexit and the economy. It also reflects slower housebuilding activity in the capital.

Mortar sales are a straight forward indicator of housebuilding activity, especially in regions outside London where constructions are more likely focused on ‘bricks and mortar’ rather than high-rise towers. After a year of consecutive quarterly falls, mortar sales volumes resumed growth in 2019Q3, up 5.2% compared to the previous quarter. Yet again, the annual trend for 2019 remains weak: sales volumes increased by just 0.4% in the first 9 months of 2019 compared to the same period in 2018, a significant slowdown from two years of double-digit growth in 2017 and 2018.

Current construction forecasts, such as from the Construction Product Association, suggest housebuilding will pick up again from 2020, given continued support from Government’s Help to Buy scheme. Weakness in the commercial sector is expected to remain until at least 2021, as investment in the sector is being hindered by the ongoing Brexit negotiation process. More realistically, any growth prospects for construction and its supply chain is more dependent on what happens in infrastructure. If delivered as planned, major infrastructure projects in roads, rail and energy should boost activity on the ground over the next few years, but concerns are rising over the delivery of these projects, notably in the rail and road subsectors. The government-commissioned review into HS2 is likely to add further delays to a project already beset by them, whilst work on RIS1 looks unlikely to be delivered as planned, even after the revisions made by Highways England.

Aurelie Delannoy, Director of Economic Affairs at the MPA, explains: “Government cannot overestimate the significance of the current infrastructure pipeline of work for both construction and its supply chain, and for the UK economy as a whole. At a time of great reckoning for the UK’s political and economic future, repairing local roads, building houses, schools, hospitals, and upgrading major rail and energy networks provide the means to lift both short-term and longer-term productivity and growth prospects. It is a great opportunity to put our own house in order.”

“Government often asks how they can help businesses; the answer is simple: provide clarity over future policy and investment and stick to it. Regardless of any Brexit outcome, it is in the power of the UK Government to ensure planned infrastructure investments are being delivered in a robust and timely manner.”

October data pointed to a sustained decline in UK construction output, with overall volumes of work falling for the sixth consecutive month. The latest survey also revealed a sharp drop in new work, although the rate of contraction was the slowest for three months. Meanwhile, construction companies continued to reduce their workforce numbers in October, which was linked to weak order books and concerns about their near-term business outlook.At 44.2 in October, the headline seasonally adjusted IHS Markit/CIPS UK Construction Total Activity Index registered below the crucial 50.0 no-change threshold. The latest reading was up from 43.3 during the previous month, but still close to the ten-year low seen in June (43.1). Construction companies noted that client demand remained subdued in response to domestic political uncertainty and the economic backdrop. In some cases, survey respondents noted that unusually wet weather in October had acted as an additional headwind to construction output. Lower volumes of work were recorded across all three broad categories of activity. Civil engineering was the worst-performing area, with business activity falling at the sharpest pace since October 2009. House building also decreased at a faster rate in October. Latest data pointed to the greatest drop in residential work for over three years. At the same time, commercial construction fell for the tenth month running, but at the slowest rate since May. New orders dropped for the seventh month in a row during October, but the rate of decline was the least marked since July. Construction companies noted that clients continued to defer decision-making on new projects in response to political uncertainty and concerns about the economic outlook. Survey respondents also suggested that intense competition for new work had resulted in more widespread price discounting to secure contract awards. Softer demand conditions and a lack of new work to replace completed projects resulted in another fall in staffing levels across the construction sector. Employment numbers have declined in each month since April, which survey respondents mainly attributed to the non-replacement of voluntary leavers. Input buying dropped again in October, but weaker demand for construction products and materials did not prevent a further lengthening of suppliers’ delivery times. The latest downturn in vendor performance was the sharpest since June, with construction firms commenting on stock shortages among suppliers (especially plasterboard and insulation materials). However, input cost inflation was the lowest for just over three-and-a-half years.Meanwhile, business optimism towards the year-ahead outlook for construction work remained among the weakest seen since 2012. Some construction firms noted that contract awards related to large-scale civil engineering projects had the potential to boost workloads in the next 12 months, although political uncertainty continued to cloud the outlook.