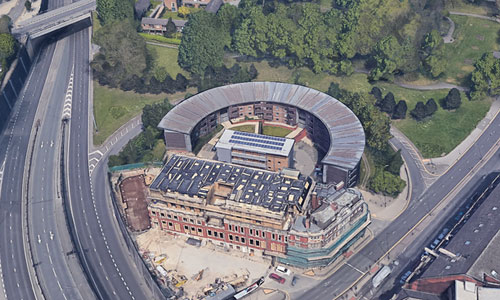 Twenty years ago one of the earliest offsite constructions went radically wrong, but it took five more years before the mistake was realised

Not long after the world welcomed the dawn of a new millennium, a cutting-edge apartment block heralded as the pinnacle of modern living was built in Leeds.

Developed right on the edge of the Leeds Inner Ring Road in May 2000, the distinctive semi-circular building caught the eye and was advertised as stylish accommodation for young singles and couples working in the city centre.

It’s full name was City-Centre Apartments for Single People at Affordable Rents. The developers soon realised that wasn’t very catchy though, so it became known simply as CASPAR II.

The building, commissioned by the Joseph Rowntree Foundation, followed the curve of the slip road onto the A64(M) from North Street, but the flats all faced inwards onto a central courtyard.

The semi-circular structure of CASPAR still stands today and is sandwiched between North Street and the Leeds Inner Ring Road.

It was the design that made it so unique though. Japanese construction firm Kajima built the flats using ‘flat-pack’ panels, with the individual units made off-site before being craned into place.

For five-and-a-half years, people lived there with no problems.

But then a report in 2005 highlighted a major safety issue. 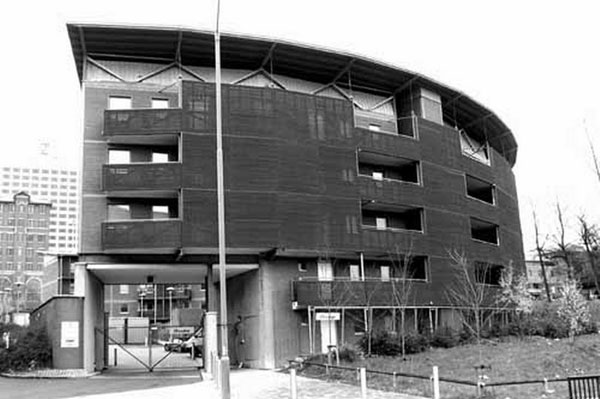 Realising it was upside down

The panels designed for the bottom floor were far heavier than the others – but because they were put on in the wrong order, it risked the entire building collapsing in high winds.

The Arup report stated that there was a two per cent chance of the apartment block falling down completely and residents were hastily told to evacuate.

Speaking to the BBC in January 2006, a spokesperson for the Joseph Rowntree Foundation said: “The innovative method of construction for this development is creating serious difficulties.

“This form of construction was very much at the cutting edge of new techniques and the results have been very disappointing indeed.

“The wider lesson we have learnt from this experience is that it does not pay to be too ambitious in pioneering modern methods of construction which are now becoming more fashionable.”

The residents were compensated and found new places to live in Leeds, but the embarrassing mishap is still remembered to this day.

The flats have since been fixed and were renovated as part of a 2015 project, with new tenants back in the building now known as North Crescent.