Blog - Latest News
You are here: Home / Latest News / When will Government see the light 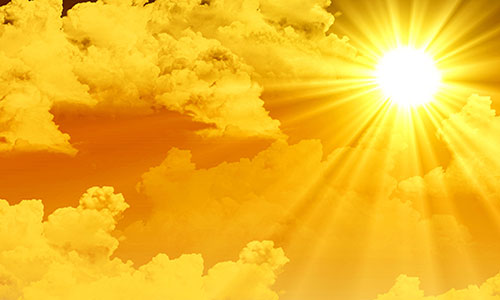 “For four years now the Committee on Climate Change has been urging the Government to get behind the most popular and cost-effective renewables. In what is now surely a national Groundhog Day, we again fully support their calls for technology neutral auctions that provide a secure route-to-market for large-scale solar. On the publication of last year’s Progress Report we said the Government must now surely listen and act. Not only has nothing happened but the policy framework has actually gone backwards for solar.”

The STA is disappointed that there has been no progress in levelling the playing field on market access for large-scale solar, nor progress on a ‘subsidy free’ CfD. Since last year the STA has had to fight off complex and potentially costly changes to transmission balancing charges that would have further damaged the progress of subsidy-free solar schemes, which carry notable risk. The scale of the threat has been reduced, but still remains.

The CCC report also underlines the growing importance of flexibility in the electricity system, but again the STA is fighting off damaging VAT changes that can apply to new solar when it is combined with battery storage for domestic homes. After sustained campaigning by the STA the Government has published its Smart Export Guarantee policy, but has failed to enforce a fair floor price for exported power and there is currently only one market participant.

However, the economics of rooftop solar in commercial and industrial installations is now clearly attractive and the Association is championing investment in solar by the public sector, as well as by households. The STA has long urged the CCC to consider the value of rooftop solar in its analyses, given these markets dominate across most of Europe where the technology plays a major role in delivering Net Zero buildings in all climates. Solar technology also puts the power to act in the hands of a range of players, including councils, businesses and individuals, which is enhanced by synergies with battery storage, EVs and renewable heat technologies.

Chris Hewett said, “Many organisations in the UK will once again share the CCC’s deep frustration at Government inaction. However, we urge the CCC and concerned parties to look very carefully at what can be done right now with rooftop solar, which can be economically attractive and which answers their call to put people at the heart of policy design. For those that are unable to invest in rooftop solar, there are further opportunities to support new solar parks through Power Purchase Agreements and genuine green tariffs. Of course we need to see Government get its act together on climate and energy policy, but the need to act is urgent and we must not wait on them when there is so much that can be done today.”