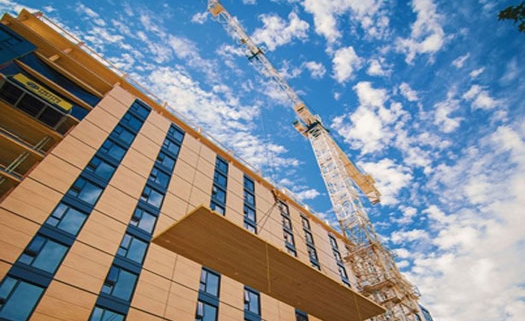 The Australian construction industry needs to radically shake up its approach to construction to help save the environment, experts say.

A more timber-heavy and mostly off-site construction process could be the way forward, Adjunct Professor at the Centre for Smart Modern Construction at Western Sydney University David Chandler said.

He will appeal to the timber and construction industries to adopt off-site construction manufacturing, or OSCM, already popular in Europe, by 2030 at the Timber Offsite Construction conference on June 17.

“The big difference between the [Australia and Europe] are the European businesses are very large businesses, in large markets and very close to each other,” he said.

“In Australia we have the opposite, small businesses in moderately sized markets far apart from each other.”

“The moment you begin to transform the process of manufacturing building, you have to make less waste. And the less waste, the better for the environment,” he said.

“[Buildings are] becoming filled with all sorts of sensors. They will record data about if they’re leaking [heat], cracking, all sorts of things,” he said.

25 King in Brisbane is mostly made of timber, with some conventional material like concrete used sparingly. Photo: Aurecon

The resurgence of enthusiasm within the industry for the age-old building material timber was helping to enable this pathway, Aurecon major projects director Ralph Belpario said.

Aurecon has shown an interest in using timber in its construction projects, including in its new Brisbane headquarters, 25 King. The 10-storey building is mostly made from cross-laminated timber and glued-laminated timber.

“Timber is an enabler,” he said. “It’s lighter, easier to handle, less cranage, the material is easier to work.”

Mr Belpario said at present, building a tower with mostly timber attracted a price premium but it was worth it.

“That will alleviate as it becomes more popular,” he said. “At the moment there is a limited supply chain.

“What we need is a groundswell so more people invest in the technology.”

Just one company is locally producing cross-laminated timber in Australia.

Wood is better for the environment than conventional materials concrete and steel, the production of which results in significant carbon emissions. The cement, concrete and steel industries were working towards reducing their impact but Mr Belpario said it still didn’t measure up.

“Sustainable timber is the only true sustainable building material,” he said. “Everything else we use to build at some point comes out of the ground. It’s the only material that you can plant, grow, harvest and grow again.”

Timber is lighter and easier to handle, creating efficiencies in the building process. Photo: Supplied

The third change the industry needed to take on was a set of national building standards aimed at minimising energy use within homes and reducing the impact a changing climate would have on them, Timberlink Australia executive general manager of innovation Duncan Mayes said.

He was championing a change to national building codes to outlaw aluminium window and door frames in favour of aluminium-coated timber frames.

It was a small change, Mr Mayes said, but it would patch a key thermal weakness in homes, therefore reducing the energy needed for heating and cooling.

“Double-glazed glass can reduce the temperature, but the weakness is now the frames,” he said. “I only need to see it from my own energy bill. They provide me with a monthly consumption of how much I use and also the greenhouse gas emissions.

“You can see the direct impact of badly performing buildings. If we want to drive towards a significant reduction in our carbon footprint, we need to dramatically reduce the amount of thermal movement in our homes.”

A buried senate committee report last year called for national building standards to homogenise hodgepodge rules around Australia, and lead a top-down effort to deal with the climate crisis.