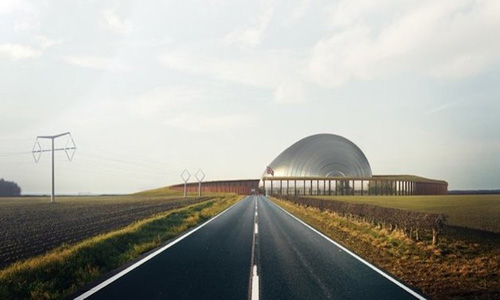 The government is proposing to invest up to £18 million to help develop what will be the first mini nuclear power station in the UK.

The funding for small and advanced modular reactors will be less expensive to build that traditional nuclear plants – they will be designed so much of the plant can be built in a factor and transported to site for construction.

The news comes as a consortium led by Rolls-Royce has proposed a joint investment of more than £500 million on designing a first-of-a-kind small modular reactor (SMR), with a working model expected to be up and running in the early 2030s.

The project is expected to create 40,000 jobs at its peak, with each power station producing enough clean energy to power 750,000 homes.

The government funding, expected to be awarded in early Autumn 2019, is subject to a final decision to invest.

The announcement has been made as part of government proposals to explore a new financing model, the Regulated Asset Base (RAB) approach, to attract significant private investment for future nuclear power in the UK.

BEIS says the alternative model – already used in major infrastructure projects like the Thames Tideway Tunnel – could reduce the cost of financing infrastructure and risk for developers while limiting the impact on consumer bills in the long term.

It is seeking views from stakeholders and interested parties – until 14th October 2019 – on how a Nuclear RAB model could be implemented within the current energy system in a way that allows new nuclear to be built at low cost to consumers.

Business and Energy Secretary Greg Clark said: “A critically important step in reaching net zero emissions will be transforming the energy system so the economy can be powered by affordable, secure and clean energy. We will need to change not just the way we use energy in our homes and businesses but also how it is produced and delivered. We need to do this in a way that keeps the cost of energy as low as possible and ensures our energy security is never compromised.

“Through our modern Industrial Strategy we are building on our international leadership in clean growth to invest and develop the technologies and funding models we will need to reach net zero emissions.

“This new funding model has the potential to help UK industry seize the global challenge of the low carbon transition by building the infrastructure we need, while offering value for money for consumers and taxpayers.”

The government is also providing up to £40 million through the Advanced Modular Reactor (AMR) programme and is currently considering project bids.

Up to £5 million will be provided to the Office for Nuclear Regulation and the Environment Agency to build readiness for SMRs and AMRs.

The house of the future, with the speed of MMC

What Now Boris ?
Scroll to top