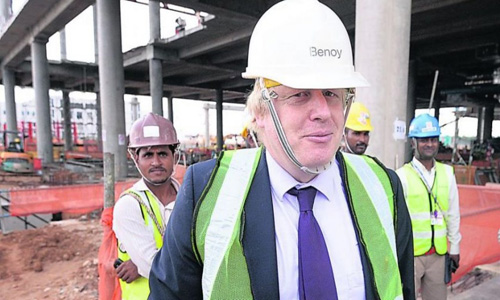 A new prime minister in Number 10 means a new political administration with opportunities as well as concerns for the construction sector, says ACE’s Julian Francis.

With Boris Johnson about to enter Downing Street as the 55th person to become the country’s prime minister, we must all prepare for the reality of a new administration headed by a man that has been called both the Heineken politician for his ability to reach part of the electorate others can’t as well as the Marmite candidate, as you either love him or hate him.

Depending on your views of Boris Johnson, you may well see his ascent as either a new dawn or an unmitigated disaster for the country, but either way he is now a new reality, which we as an industry must prepare engage with.

ACE will, therefore, be making the case for the investment in the UKs social and economic infrastructure with as much vigour as we have always done, as we see this new administration as one with opportunities for our industry as well as some concerns.

High on our agenda will be calling on the government to commitment to infrastructure delivery by ensuring that a National Infrastructure Strategy is published in the autumn. This would allow for a long-term strategic approach that enables infrastructure to deliver the best possible outcomes to the economy and society more widely. This long-term pipeline would provide our industry with the confidence it needs to continue to invest and develop our infrastructure networks. So far, Boris and his team have shown themselves as supporters of investment in infrastructure as a way to meet the UK’s economic needs.

That said, many may have concerns over past statements on Heathrow and HS2, but even here we have seen movement from our premier-in-waiting as he has now accepted that Heathrow must progress and has moved away from his harsh statements on HS2 by calling for a review of the project.

Alongside this, he has shown a great deal of enthusiasm for HS3/Northern Powerhouse Rail and east/west connectivity and there are signs that housing and property development are also likely to be high on the agenda with the new prime minister. We would hope that any new approach to property development would also embrace ACE’s place-making campaign.

Education investment will also be on the new government’s docket as we foresee a greater commitment to a new school building programme alongside an increased investment in our digital networks as a way of improving equality and productivity across the whole of the UK. We further envisage that the government will continue to pursue a carbon-neutral target and the corresponding investment in green energy production that has already been started by the May administration.

All of these issues have been part of recent ACE campaigns and we are confident that the new government will lead to considerable opportunities for our members, but everything will depend on how effectively the new prime minister is able to cut the political gordian knot that is Brexit. Now more than ever must our industry speak with one voice and ACE stands ready to do its part.

Julian Francis is the director of policy and external affairs at the Association for Consultancy and Engineering.

XL joinery – caring for the Amazon
Scroll to top