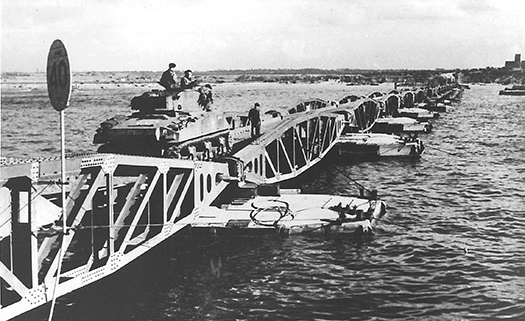 Rare archive images showing engineers working on a secret construction project that became pivotal to Britain’s success at the D-Day landings have been released as part of a new film marking the 75th anniversary of the campaign.

The Mulberry harbours were artificially-constructed floating docks that enabled ships carrying vital supplies, military vehicles and troops to safely anchor off the French coast, on a stretch of land lacking any safe harbours. They were designed and constructed in secrecy by around 200,000 British engineers in the seven months leading up to the landing in June 1944, and helped soldiers who recall ‘fighting the sea’ at the same time as they battled against the German army.

British construction company Wates Group has now unearthed a series of rare images from its archive of its engineers constructing the harbours in the lead up to one of the most significant moments in the Allied war effort. Wates made a significant contribution during the war building aerodromes, army camps and factories. Having developed a specialty in pre-cast concrete structures, Wates supplied the concrete pier and pierhead pontoons for the Mulberry harbours.

The harbours were designed and built at yards and docks across the country including at Southampton, in Mitcham and the West India Docks, before they were assembled at Selsey in Sussex and towed across the channel to Normandy in sections after completion in April 1944.

Wates was among an alliance of British companies that joined forces to build the harbours. Wates was particularly involved in the construction of the concrete piers and pontoons known as ‘Beetles’. While one harbour was destroyed in a storm after just a couple of days, the second was operational for 10 months, making a significant contribution to the Allied war effort. In total, the harbour enabled 2.5 million men, 500,000 vehicles and 4 million tonnes of supplies to land before it was decommissioned.

As the international community marks the 75th anniversary of the D-Day landings, Wates has worked with D-Day Revisited – a charity established to commemorate the anniversary – to create a film celebrating the harbours. 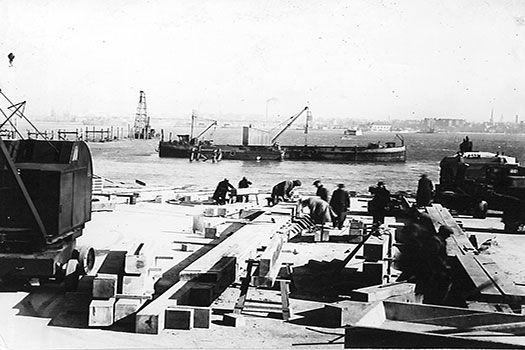 The film, titled “Memories of Mulberry”, includes rare photographs from the Wates archives, showing engineers working on the huge concrete and steel parts, as well as insight from leading historian Guy Walters.

Ted Cordery, 95 and from Oxford, who served on board the Royal Navy’s HMS Belfast from 1943-1944 as a Leading Seaman Torpedoman, is one of two D-Day veterans interviewed for the film about their memories of the historic landings. He said: “When I look back on my career in the Navy, I felt I spent more time fighting the sea than I did the Germans. You could never rely on it. It always turned one way or the other. The harbours minimised the possibility of this and you can’t have a better contribution than that in my opinion.” 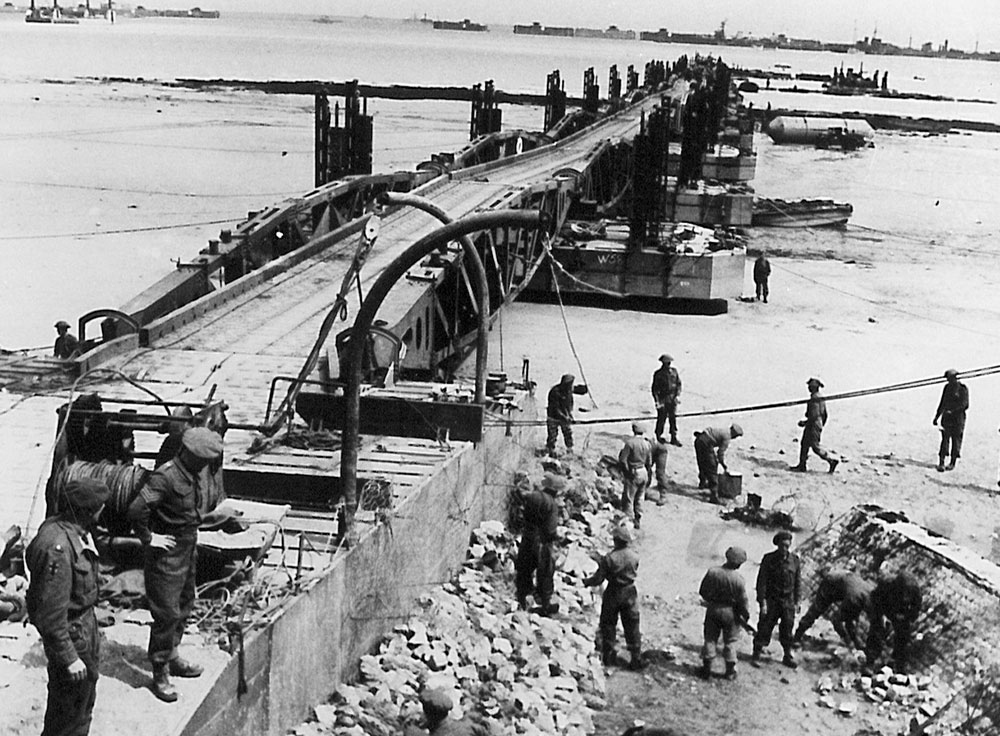 Jack Quinn, also 95 and from Mablethorpe, Lincolnshire, who was a Corporal in the Royal Marines, added: “We wondered what they were at first, when we saw them. ‘What are they going to do with them? They are going to load men and vehicles on them.’ We were surprised they towed them all that way. But the soldiers were glad to get in a lorry and drive off a Mulberry harbour instead of getting in a landing craft and getting wet through. Speed was the essence.”

Historian and author Guy Walters added: “When you think of inventions during the Second World War you think of the bouncing bomb, you think of radar, but for my money Mulberry harbours are right up there. They’re a classic example of British ingenuity and inventiveness.”

The video, which has been published on the Wates website, ends by thanking the servicemen and women who played their part.

James Wates CBE, Chairman of the Wates Group, said: “Wates has a proud history as an innovator in construction, and nowhere is this more evident than our involvement with building the Mulberry harbours. I remember my grandfather [Sir Ronald Wates] speaking to me about them when I was a boy, and I know he was so proud of what we were able to do.

“As we mark the 75th anniversary of the D Day landing, we look back with pride at our role in bringing an end to World War Two, and supporting our armed forces. Our purpose today remains as it was then: to work together to inspire better ways of creating the places, communities and businesses of tomorrow.”

To this day Wates Group continues to support the work of the armed forces, working with the Ministry of Defence and its supply chain – including building the base of the new Lightning jets at RAF Marham; BAE System Submarines’ new training base for apprentices; and maintaining housing for services personnel and their families.  Wates has also pledged to honour the Armed Forces Covenant, including a commitment to provide work opportunities for veterans.