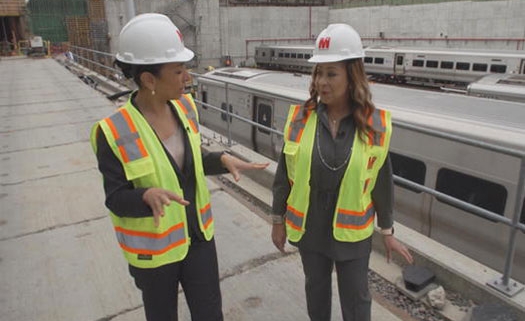 We hear a lot about the role of females in the UK construction industry, or lack of, but this story from across the Atlantic should be an inspiration to any female thinking of construction for a career, not sure what health and safety would have to say about the high heels though!!!

The construction business is no bed of roses — cutthroat competition makes it hard to stay on top. But one construction and design firm has been making its mark on some of our biggest landmarks.

Cheryl McKissack Daniel now sits atop the oldest African-American-owned and female-run construction company in the nation — a business her family truly built from the ground up. In the male dominated world of construction, McKissack Daniel feels right at home — even in a hard hat and heels.

As president of McKissack & McKissack, she manages projects ranging from a park in downtown Brooklyn to getting many of New York’s trains to run on time. Her company is on board to revamp Long Island’s railroad hub, which runs underneath the Brooklyn Nets’ home.

In fact, McKissack Daniel’s business is assigned to just about every major infrastructure improvement project financed by the city and state, including the current construction at LaGuardia Airport and the new Terminal One at JFK.

McKissack Daniel says competing in construction’s big leagues “takes relationships, and getting people to realize that you bring value to the table something unique and different.”

Moses McKissack was taught the trade of making bricks by his Scottish slave master. The trade was passed down to her grandfather and great uncle, who incorporated the family business in 1905. Over the next 60 years, they built homes, hospitals, and colleges. McKissack said her grandfather built the Tuskegee air force base where black pilots trained to desegregate World War II.

In 1968, McKissack Daniel’s father William took over, laying the foundation for his three daughters. “We would go to work with him every Saturday starting at ten years old, walking construction sites, tracing documents, you know, learning about building systems early in life,” McKissack Daniel said. “It was all ingrained in us.”

When her father suffered a stroke in 1982, her mother, Leatrice B. McKissack, stepped in.

“I don’t know if my husband’s gonna live or die,” she recalled. “But the next morning at 8:00, I had five major architectural and engineering companies callin’ me, ’cause the message had already got out that my husband was seriously ill.” The business was so good, she said, that they all wanted it.

But with no training in architecture, the former school teacher used good sense and her master’s in psychology to find her way. She found courage in liquid form.  “[My husband] had a bar in the conference room. So I said […] ‘I’m goin’ in this bathroom and get fortified for this crazy board meeting,’” she said. She did well, managing a $50 million complex at Howard University and a project at the National Civil Rights Museum in Memphis.

By 2000, McKissack Daniel took over the helm, and moved the headquarters from Nashville to New York. But breaking into the the Big Apple was only made possible by affirmative action, she said.

“People do business with people who look like them.” she said. “All the work that we’ve done outside of New York, it didn’t matter in New York.” 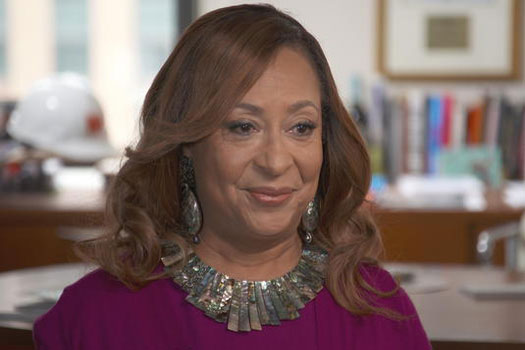 But McKissack Daniel’s work mattered to the communities she served, beginning with her own. Sixty-one percent of her hires are minorities, and 34% are women. When her company worked on the $325 million patient pavilion at Harlem Hospital Center, it accepted job applications from locals in the neighborhood. She said she received 7,000 applications from people looking for work.

She hired 200 of those people, and later, she developed a job training workforce program to try to place the rest in other fields across the city.

But it’s not an easy sell, even for her own family. McKissack Daniel has two daughters, and her sisters have three – but “not one” is showing signs of wanting to take the reins, she said.

“I may have to hold on for the grandkids,” she said with a laugh.