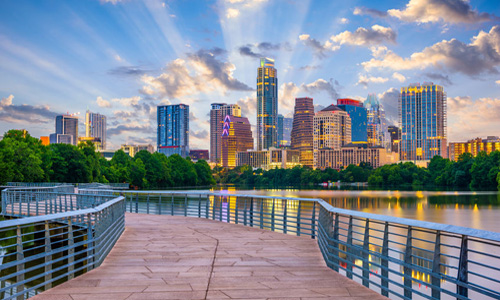 Walkable cities reduce traffic congestion – an issue that causes around 3.3 million deaths and $121 billion in economic losses every year. But when architects are developing pedestrian-friendly neighborhoods, they often rely on trial and error, intuition or specialized simulations that are hard to use and to incorporate into their designs.

Urbano, a free software launched Oct. 26 by Cornell researchers, employs data, metrics and an easy-to-use interface to help planners and architects add and assess walkability features in their designs as effectively as possible.

“We wanted to create something that would allow architects and urban designers to simulate their designs and get some feedback early in the process,” said Timur Dogan, assistant professor of architecture and lead developer of Urbano. “This lets them make decisions based on facts and data, so they can create the sustainable and livable urban environments of the future.”

Since its launch, Urbano has been downloaded more than 400 times by universities and architecture firms around the world.

The team most recently presented a paper on Urbano in June 2018, at the Symposium on the Simulation for Architecture and Urban Design, and new research is forthcoming in TAD, the journal of Technology, Architecture and Design.

Urbano relies on three metrics to assess walkability: Streetscore, which calculates how streets are used for certain routes; Walkscore, a customizable measurement that rates whether popular amenities are within walking distance of homes and workplaces; and AmenityScore, which considers demographics to estimate the usefulness of various services.

“This is really helpful information for designers doing site analysis,” Dogan said, “because then they can see if there are certain services or amenities missing in neighborhoods, or others that are underutilized or overutilized.”

Assessing walkability early makes it more likely that pedestrian-friendly features will be incorporated, since shifting gears once the process is underway can be costly and complex. And while experienced architects will automatically consider walkability in their designs, Urbano provides simulations backed up by facts and data.

Currently, the research team is working on software that can assess energy use in models of cities, as well as a simulation tool, called Eddy3d, that considers data about urban microclimates. He hopes to eventually create a comprehensive toolkit for sustainable urban design.

The research was partly funded by Cornell’s Center for Transportation, Environment and Community Health, and the Cornell Atkinson Center for Sustainability.

Error, group does not exist! Check your syntax! (ID: 4)

A VERY MODERN SURVEYOR IN AN ANCIENT FIELD