Blog - Latest News
You are here: Home / Article / Is the tide turning on UK energy strategy?

Part one of an article from Construction Journalist Bruce Meechan examining the UK’s recent energy policy and considers its frailty for fulfilling our rapidly increasing requirements for electricity; as well as to keep homes heated and industry running.

The current debate on our energy security as well as the spiralling wholesale costs is riddled with contradictions, political point-scoring and predictions of widely varying accuracy. And as someone who has been questioning the UK’s policy direction for the past couple of decades, I also felt it was a profound irony that one of the very first sectors to suspend operations due to unaffordable fuel costs was the fertiliser manufacturers who supply our food processors with the demonised Greenhouse Gas, carbon dioxide.

Cue panic over shortage of fresh food; or as author and columnist Richard Littlejohn would put it: “You couldn’t make it up!”

Contrary to the stance it has taken over the growing number of energy suppliers going out of business, as they are forced to pay more on the world market than they are allowed to charge under the Energy Price Cap, our Government rapidly stepped in to strike an undisclosed deal with the fertiliser companies to ensure controlled volumes of CO2 continued to be available for fizzy drinks and filling the plastic trays most of our meat is sold in.

Predictably, many of those who considered it was an act of self-harm to leave the EU have been quick to blame Brexit for the shortages of tanker drivers, butchers, baristas and any other basics temporarily in short supply. Spiralling gas prices, of course, were portrayed as just another aspect of new found isolation.

What most economists understand, however, is that Britain’s energy problems are deep rooted and driven by much wider, indeed global factors. Unfortunately these are forces of supply and demand to which our reliance on renewables (especially wind) and imported gas, have left us uniquely vulnerable.

The UK economy is back to within a whisker of where it was before the pandemic, and this is – as the BBC never tires of telling us – “Despite Brexit”: which was finally delivered while our world leading vaccine programme was beginning to be rolled out in January this year.

As I have tried to explain in a number of editorials addressing the growing clamour over Climate Change, published since the Millennium, I do not believe my continued scepticism regarding man-made global warming conflicts with a passion for cutting pollution and waste.

Margaret Thatcher was amongst the first to give credence to the notion of Global Warming back in the eighties, and it has rapidly gained traction, despite the fact that scientists have been unable to explain how CO2 levels affect the Jet Streams which actually drive our weather and – whisper it – the 1.5 degree Brink of Doom for global temperature rise, considered by some as an arbitrary assumption.

However, ridding our oceans of plastic and our atmosphere of pollutants like micro-particulates should be a no-brainer for virtually everyone, as is recycling whatever is economically viable. I also fully support embracing new technologies that can reduce our reliance on fuel from unpredictable and potentially hostile foreign sources; providing they do not exacerbate fuel poverty, as wind does now, while forcing us to import ever more gas.

At the start of this month, the percentage of our energy needs being met by gas was 43%, up from 38% a year ago, while nuclear’s contribution has slipped from 21 to 13.5% in the same period; and most of our remaining reactors are scheduled for decommissioning over the next decade. 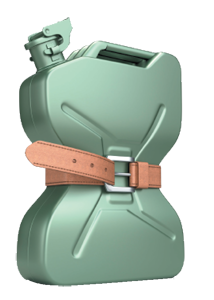 The current situation regarding the wholesale price of gas having risen 400+ per cent in a period of weeks, is attributable to European pipelines being controlled from the Kremlin, while China (unable to quarry enough coal to feed its ever growing number of smoke belching stations) is buying up the liquefied gas we thought Qatar was committed to shipping us.

Meanwhile, having hit a peak of 25% in February, weeks of calm weather around Britain this autumn has meant electricity from our forests of wind turbines fell to just 3% of needs. And to add to the gloom, all the roof panels and solar farms were feeding the Grid just 3.5% of our requirements, and will continue falling from their summer peak as the nights lengthen and demand increases.

Interestingly, battery packs to install along with PV panels have become more affordable in recent years, but electricity storage at scale is highly problematic. A blaze on Merseyside at one of the country’s 400 active or planned ‘battery farms’ proved very difficult to extinguish and some physicists have warned there is a serious risk of explosions causing widespread damage. Our pumped hydro storage for electricity, and the conversion of off-peak surpluses into hydrogen gas for use later, also make minimal contributions to the teatime turn-on of cookers and kettles.

Fire also temporarily interrupted the 10% we are fed via undersea cables from nuclear stations across the Channel, while the French are currently making noises about pulling the plug in a row over fishing licences. Well, that’s one you really can blame on Brexit.

So what are the chances of the lights actually going out across the country this winter, and what have we got that we can rely on for our power supply?

Back before the Clean Air Act came into force in 1956 to combat the smogs which claimed many lives, coal was used to generate much of our electricity and was also the source of ‘Town Gas’.

The discovery of North Sea gas brought considerable change and our remaining coal-fired power stations have been shut down and dynamited in order to cut carbon emissions: while the giant Drax plant has moved to mainly burning wood pellets imported from America. Interestingly the station in North Yorkshire, which generates some 7% of our power, was recently highlighted as being the UK’s biggest emitter of CO2, even though its biomass fuel allows politicians and dewy-eyed activists to claim it is ‘carbon neutral’. Shamefully, a key element to our back up capacity, which goes by the misnomer STOR – or Short Term Operating Reserve – takes the form of diesel generators.

This chicanery is completely in harmony with the way our heavy industry has been driven overseas by crippling energy costs, causing manufacturing to be carried out in countries like China and India where the embodied carbon will be far worse, even before goods are shipped back to Blighty.

Truly, our energy policy is a mirage of smoke and mirrors; crafted to appease agitators while imposing a 20% tax surcharge on energy consumers, enriching supposedly sustainable technology providers, and fooling the electorate into believing it’s all in their best interests.

The Government has announced its Net Zero Strategy ahead of Cop26, with renewed emphasis on replacing gas boilers using heat pumps, plus further funding for electric cars. However, as Downing Street’s green ambitions remain at odds with the Treasury’s fiscal concerns, detail is short.

Expecting Chancellor Rishi Sunak’s autumn Budget statement to contain broader spending commitments – including greater clarity on new nuclear, and other strategies aimed at making our energy infrastructure more resilient – I will wait till the next edition of MMC to look at some of the potential long-term answers which I am hoping will embrace hydrogen and super reliable tidal power.

THE MIDAS COLLAPSE AND THE BOSSES POCKETS
Scroll to top