Saudi Arabia has announced plans for the establishment of Oxagon, which would be the world’s largest floating city when completed.

Comprising a large area in the southwest corner of Neom (a planned cross-border city in the Tabuk Province of northwestern Saudi Arabia), the urban environment is centered around an integrated port and logistics hub that will house the majority of the city’s anticipated residents.

According to press information, the octagonal design minimises impact on the environment and provides optimal land usage, with the remainder open to preserve 95% of the natural environment. A defining feature of the city is the world’s largest floating structure, which will become a center for Neom’s Blue Economy.

Located on the Red Sea close to the Suez Canal, Oxagon will be a technologically advanced logistics hubs with state-of-the-art integrated port and airport connectivity. The new city will establish the world’s first fully integrated port and supply chain ecosystem.

At Oxagon’s core will be the adoption of advanced technologies such as the Internet of Things (IoT), AI, and robotics, all of which are coupled to a network of fully automated distribution centers and autonomous last-mile delivery assets to drive a seamless supply chain.

His Royal Highness Mohammed bin Salman, Crown Prince and Chairman of the Neom Company Board of Directors, said, “Oxagon, will contribute to redefining the world’s approach to industrial development in the future, protecting the environment while creating jobs and growth for Neom.”

The first manufacturing tenants will enter Oxagon at the beginning of 2022. 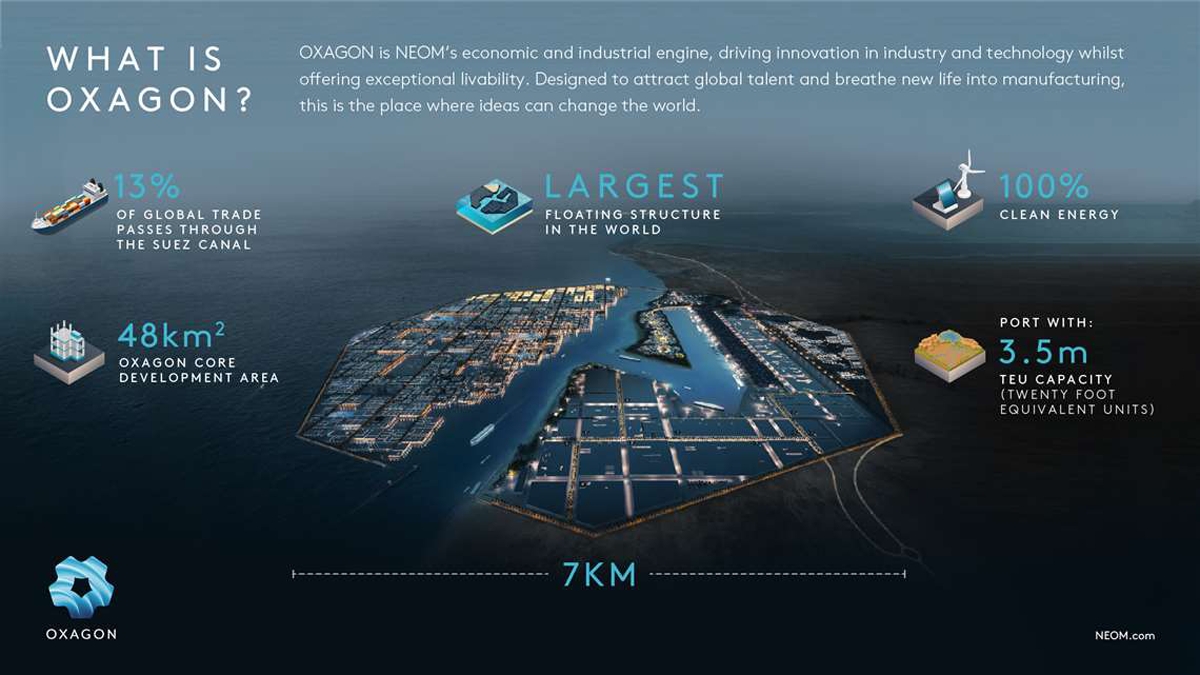