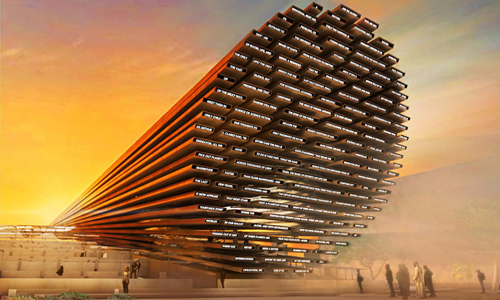 Expo 2020 Dubai will provide the perfect platform for the newly divorced United Kingdom to showcase itself to the world.

While the UK left the European Union (EU) on January 31, the country has entered an 11-month transition period that keeps it bound to the EU rules until December 31, 2020.

Simon Penney, HM Trade Commissioner for the Middle East, told Arabian Business: “It’s bang in the middle of the UK leaving the European Union on December 31, so it is the UK’s first global event where we will be represented on the global stage, which is a fantastic point for the UK to showcase global Britain.”

The 3,417 square-metre, two storey UK pavilion is due to be delivered in May or June this year at an estimated cost of $18 million.

Highlighting a drive for AI and space exploration, the pavilion will showcase innovations in culture, education, tourism and business.

Daniel Howlett, regional head of commercial banking, Middle East, North Africa and Turkey, told Arabian Business: “The UK is the largest single corridor for HSBC from a UAE perspective. We’re keen to continue building that. We’re confident when you look at the UK pavilion, it’s going to be outstanding.”

Error, group does not exist! Check your syntax! (ID: 4)

TOPPED OFF AND SOLD OUT WITH RAPIDRES FASTRACK FROM CREAGH