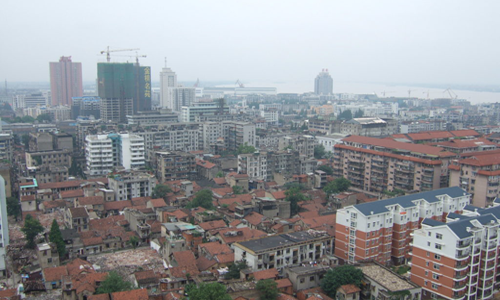 Some good news out of Wuhan, capital of central China’s Hubei province and epicenter for the deadly coronavirus (COVID-19) outbreak that’s now intensifying elsewhere across the globe.

Authorities have suspended operations at all 16 of the city’s temporary hospitals—most erected and put into operation with remarkable speed and efficiency—as the infection rate across the greater Wuhan region continues to plummet following an aggressive, nearly two-month-long quarantine period. The temporary facilities were established with the express purpose of treating patients suffering from symptoms of coronavirus. The first of these makeshift hospitals discharged its last group of recovered patients on March 1.

The news of the hospitals’ closure comes at roughly the same time as Chinese state media declared that the spread of the virus has been constrained in Hubei and beyond, with only new 19 new cases being reported as of March 9, all of them in Wuhan, a significant drop from just the day before. In total, Chinese officials have reported 80,754 confirmed cases of coronavirus since the outbreak began in late December. There have been 3,136 resulting deaths in China, with the first being reported on January 11.

To mark the encouraging milestone, President Xi Jinping visited Wuhan for the first time since the outbreak began, where he relayed, per the BBC, that the virus had been “basically curbed” in the region.

“Initial success has been made in stabilising the situation and turning the tide in Hubei and Wuhan,” said Xi.

President Xi’s visit to Wuhan included a stopover at the 1,000-bed Huoshenshan Hospital, where he “visited” on-their-way-out patients and medical staff via video. Encompassing 645,000 square feet, Huoshenshan (“Mount Fire God”) Hospital was one of two field hospitals built-from-scratch on the outskirts of Wuhan, China’s 9th most populous city, in under 10 days using modular construction methods. This approach, taking a direct page from a prefab hospital erected in Beijing during the 2003 SARS outbreak, was in lieu of repurposing large existing structures such as convention centers and stadiums as was the case with most of the city’s other temporary medical facilities.

Construction of Huoshenshan Hospital kicked off on January 23 was completed on February 2, with its first patients being admitted the next morning. A sister facility erected from prefabricated modules, Leishenshan (“Mount Thunder God”) Hospital, opened on February 8 in a massive disused parking lot in the neighboring Jiangxia district.

“China has a record of getting things done fast, even for monumental projects like this,” Yanzhong Huang, a senior fellow for at the Council on Foreign Relations, told the BBC when work on Huoshenshan Hospital was first underway. “Engineering work is what China is good at. They have records of building skyscrapers at speed. This is very hard for Westerners to imagine. It can be done.”

With ample room to accommodate between 1,500 and 2,000 patients and a 1,260-person-strong medical staff, the largest of Wuhan’s now-closed coronavirus treatment centers, dubbed the Wuhan Living Room Temporary Hospital, took over a major exhibition center. While transforming an expo center into a massive emergency medical center practically overnight was obviously quite a feat of planning and logistics, the hospital didn’t receive as grandiose a name as its swiftly realized modular counterparts.

Dr. Zhang Junjian, a neurologist at Wuhan University and the director of the Wuhan Living Room hospital, told the Associated Press at the end of February that he expected operations to end in “maybe in mid-March or during the last ten days of March because fewer patients are being admitted and the number of patients being discharged is gradually increasing now.”

“If nothing special happens, I expect the operation of our makeshift hospital, the biggest one in Wuhan, could complete its historical mission by the end of March,” he added.

Based on the news coming out of China, that much-anticipated day came even earlier than expected.

As China basks in these encouraging developments and its president takes a very public victory lap, the spread of the virus shows no signs of slowing elsewhere including in heavily ravaged Italy, which recently enacted an unprecedented nationwide shut-down for all 60 million of its residents following a regional quarantine that was limited to the country’s northern regions. This week, Italy also recorded the highest single-day fatality rate—168 people killed by the virus in 24 hours—since the outbreak began.

THE UMBRELLA BRIDGE
Scroll to top